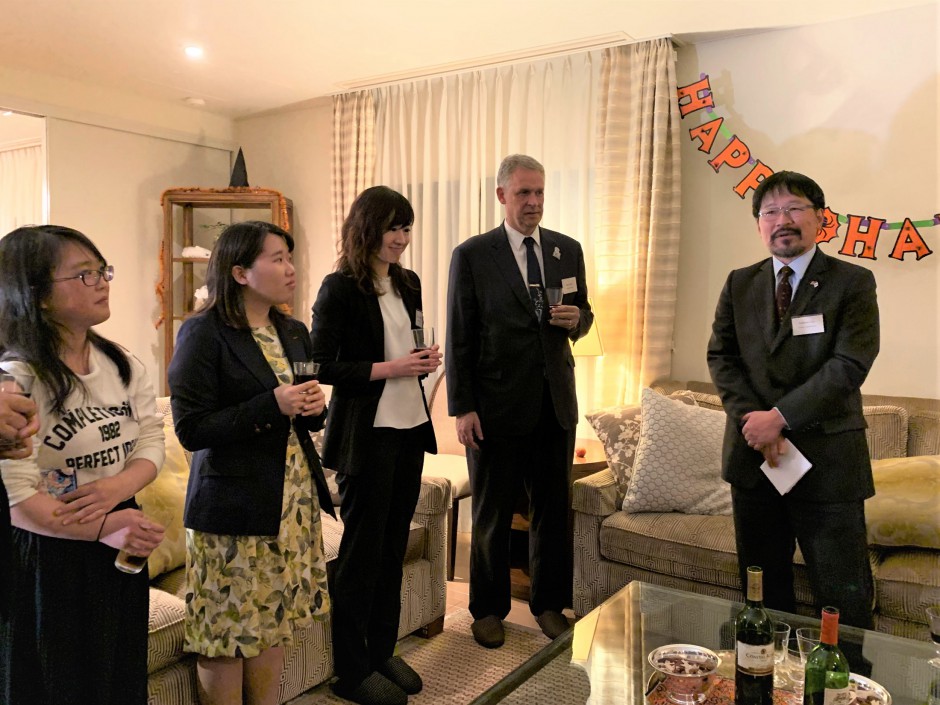 The event began with remarks from Consul General Andrew Lee, who arrived in Japan just a few months ago and graciously opened his home to TOMODACHI Alumni for the first official event at his residence. He welcomed everyone to the gathering and thanked them for their engagement with the community. He noted how everyone in attendance was a diplomat who had experienced new cultures and represented their culture to others, and encouraged them to share their experiences and inspire others to study abroad and broaden their mindsets. 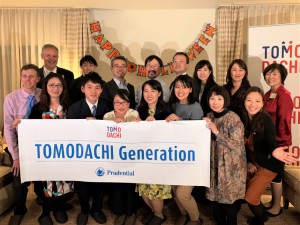 Ms. Kaoru Utada, TOMODACHI Alumni Manager, joined the event from Tokyo and was asked to speak next. She encouraged the alumni to each be their own derukui (a nail that sticks out), and bond together through this alumni community to strengthen their networks and fearlessly follow their own paths to innovate and create a better world.

The gathering welcomed ten special alumni from six different TOMODACHI programs, offering the first opportunity for alumni in Hokkaido to gather in their home prefecture. The alumni all mentioned how they want to continue to be involved and give back to their community as speakers and regional representatives.

Among the ten participants, two were college students who had experienced the 2011 Great East Japan Earthquake in Miyagi and Fukushima and have since been studying in Hokkaido.

Ms. Tomoko Sakai, who took part in the TOMODACHI MetLife Women’s Leadership Program, spoke about how meaningful it was for her to be a part of this community as someone originally from Tohoku. She said the event was “very exciting because [she] was able meet and be inspired by Alumni across multiple generations,” and vowed to “work hard at all of [her] undertakings – studying in university, and thinking about [her] career path and [her] dream.”

This Alumni Gathering was a part of the TOMODACHI Alumni Leadership Program made possible with the generous support of Prudential.

Oct 30, 2019
ABOUT US
PROGRAMS & ACTIVITIES
NEWS & MEDIA
GET INVOLVED
CONTACT US