The Next Generation of U.S. and Japanese Leaders Gather for the 2019 TOMODACHI Generation Summit 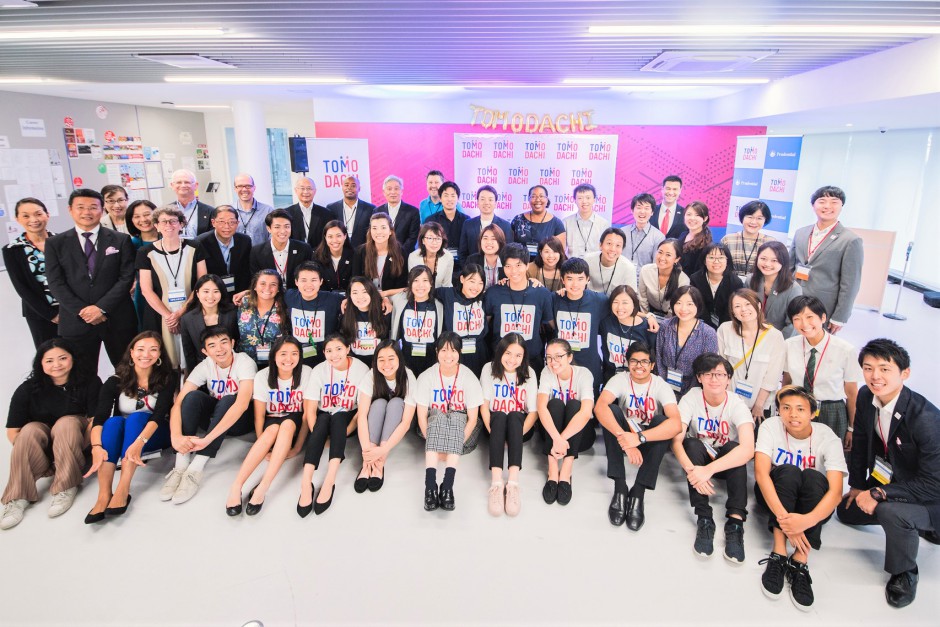 On September 8, the 2019 TOMODACHI Generation Summit was held at Showa Women’s University and Temple University Japan Campus in Tokyo under the theme of “TOMODACHI Era: Climbing the Summit Together — How will YOU step into the new era?” As the year 2019 marked the beginning of the new Reiwa Era in Japan, along with the upcoming Olympics and Paralympics to be held in Tokyo next year, this Summit aimed to inspire each participant and encourage them to take proactive steps in this new era and look toward the post-2020 era and beyond.

Despite two typhoons hitting the island of Japan during the weekend, the event gathered 227 people together, including TOMODACHI alumni (past program participants), speakers, workshop facilitators, regional representatives, guests, and supporters. The day-long event was comprised of a variety of sessions, including TED-style talks, presentations, workshops, and panel discussions. This event, created by alumni, for alumni, is a signature event of the TOMODACHI Alumni Leadership Program.

Karen Matsumoto, who brought a friend new to TOMODACHI with her to the Summit, said “The TOMODACHI Generation Summit is so valuable for me, since I can get to know other inspiring alumni. I wanted [my friend] to feel the connection and power of the people in this community, and she said she’d come again next year!” 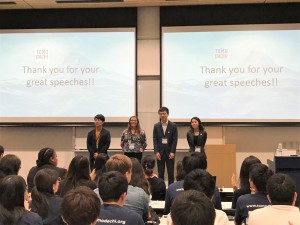 At the Opening Ceremony, Junko Tsuda, Executive Director of the U.S.-Japan Council (Japan), opened the Summit, followed by Sonoko Shima, Vice President of Showa Women’s University, who welcomed the participants to the campus for the third year in a row. Michael Turner, Culture and Sports Attaché from the U.S. Embassy Tokyo, talked about the importance of U.S.-Japan relations and encouraged TOMODACHI alumni to be the bridges that strengthen this bilateral relationship.

The Keynote Speaker, Mr. Patrick Newell, Co-Founder of TEDxTokyo, shared the ways society has changed immensely due to a combination of AI and other forms of technology, and encouraged TOMODACHI alumni to make a great impact on this new society using their bilingual and bicultural skills, and to continue to aspire to lead a life of purpose and find their ikigai.

During the TOMO Voices session, four TOMODACHI alumni shared their experiences, thoughts, and passions inspired by their participation in their respective TOMODACHI programs.   At the Lunch Reception, Regional Leaders and Mentors (part of the TOMODACHI Alumni RISE Leadership Program) representing the six alumni regions across Japan presented their recent activities and announced plans for future events in their regions. Some regional alumni focused on themes such as diversity and inclusion, whereas others spoke about the challenges of food waste and sustainability. 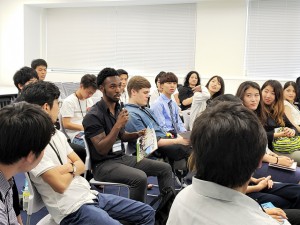 Uhou Kan, a participant from the Kyushu region, said, “I met the Kyushu Regional Leader in person today and learned about their activities and future plans – they look so fun and exciting! I definitely plan to go to events in the future!” 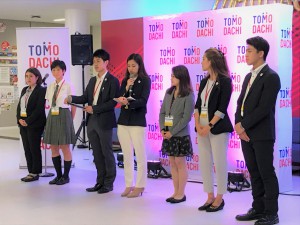 The day’s events concluded with an Afternoon Reception attended by many TOMODACHI donors and supporters, including representatives from both the U.S. and Japanese governments. Minister-Counselor for Public Affairs at the U.S. Embassy in Tokyo, Ms. Carolyn Glassman, and Director of the North American Affairs Bureau at the Ministry of Foreign Affairs, Mr. Hiroshi Ogihara, both made remarks. Later on, Mr. Yoshiaki Hirayama, Senior Officer and Head of Portfolio Management at Prudential Holdings of Japan, Inc., gave a toast to celebrate the success of the TOMODACHI Generation Summit. Lastly, the seven Core Committee members of the Summit thanked the participants for coming,

The 2019 TOMODACHI Generation Summit was an opportunity for TOMODACHI alumni and fellow like-minded youth in Japan and the United States to connect, find common ground to address the challenges impacting our local communities and society as a whole, and learn ways they can take their next steps towards bettering the world together.

The TOMODACHI Summit is made possible through the generous support of The Prudential Foundation.