The TOMODACHI KaoLINK Fukushima Rebranding Program: Learning to Communicate though the Power of Sound 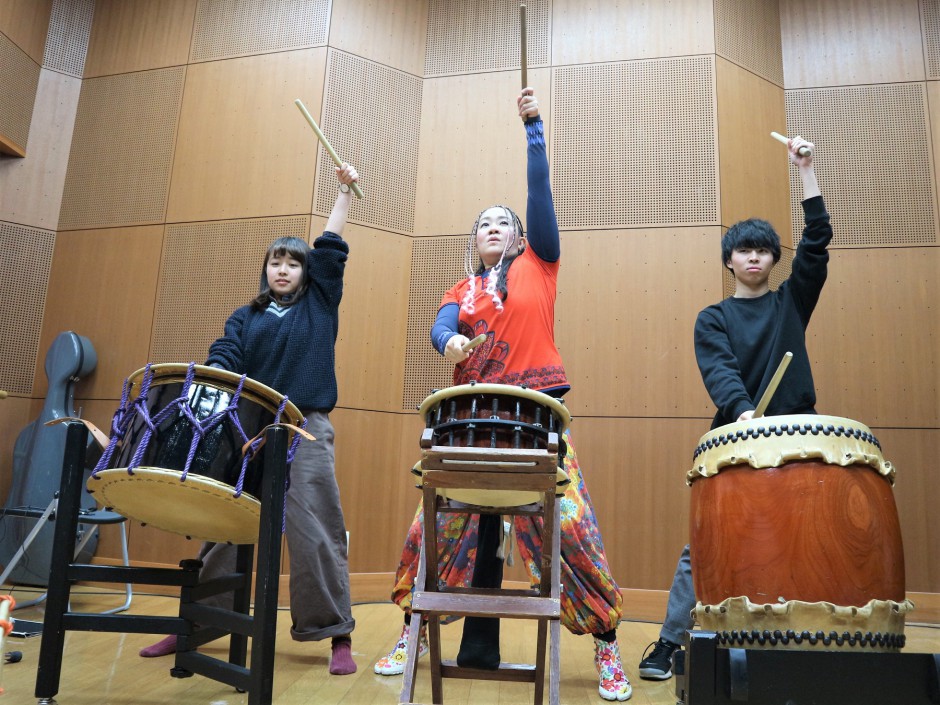 From April 13 to14, 2019, the second session of the TOMODACHI KaoLINK Fukushima Rebranding Program took place in Hanamiyama Park in Fukushima City, providing opportunities for TOMODACHI alumni to reimagine Fukushima through the power of scent. The program aims for participants to discover a uniqueness and beauty that can only be found in Fukushima and to utilize scent to boost tourism in the prefecture.

Twelve alumni joined the program and were given the task of expressing the senses and emotions they felt in Hanamiyama Park utilizing the power of sound to create a presentation. They were joined by three professional musicians: Chie Narita, a cellist, Miho Uesugi, who plays the Japanese drums, and Erika Nakagawa, who plays the niko, a two-stringed Chinese instrument.

On the first day, the participants walked around the park and worked with the three musicians in groups, keen to capture the sounds and essences of the park, including its ambiance and character. Most participants were originally from Fukushima but had never climbed Hanamiyama with such a unique goal in mind – to create a musical number in the image of their experiences on the mountain – and gushed about their new-found perspectives and respect towards the local gathering ground. One of the alumni said, “It was the first time I’ve walked [the mountain paths] specifically thinking of scents and sounds. We heard about the harshness of the snow from the guides and felt a new respect [for the mountain].”

On the second and final day, the participants and musicians developed their presentations recreating their images of Hanamiyama and, through their musical and spoken word performances, addressed the topics of rebirth, diversity, harmony, self-discovery, and the power of living inter-dependently, among others.

The team using the niko focused on what happiness is in life. The team working with the cello focused on the power of community and heritage. The team utilizing the Japanese drums focused on the diversity and uniqueness of the flowers, sounds, people, and emotions on the mountain by using various percussion instruments to create a beautifully harmonious and empowering sound.

Ayaha Kanno reflected on her experience, saying, “[Through the program,] I thought about how lovely my hometown is, and realized that we can gain a new perspective by polishing the things in front of us.”

Through this program, the students learned about the power of non-verbal communication tools. By communicating in methods other than the writing and speech they use on a daily basis, the participants came to realize that images, sounds, and even scents are very effective means of conveying their messages and feelings.