On May 28, 2017, the 2016-2017 TOMODACHI MetLife Women’s Leadership Program (TMWLP) participants from Tokyo, Osaka, Naha, and Sapporo gathered in Tokyo for the capstone annual conference. Over 140 people attended this inspirational one-day event, which reached a broad audience that included program mentors and mentees, USJC representatives, MetLife leaders, and U.S. Embassy representatives. 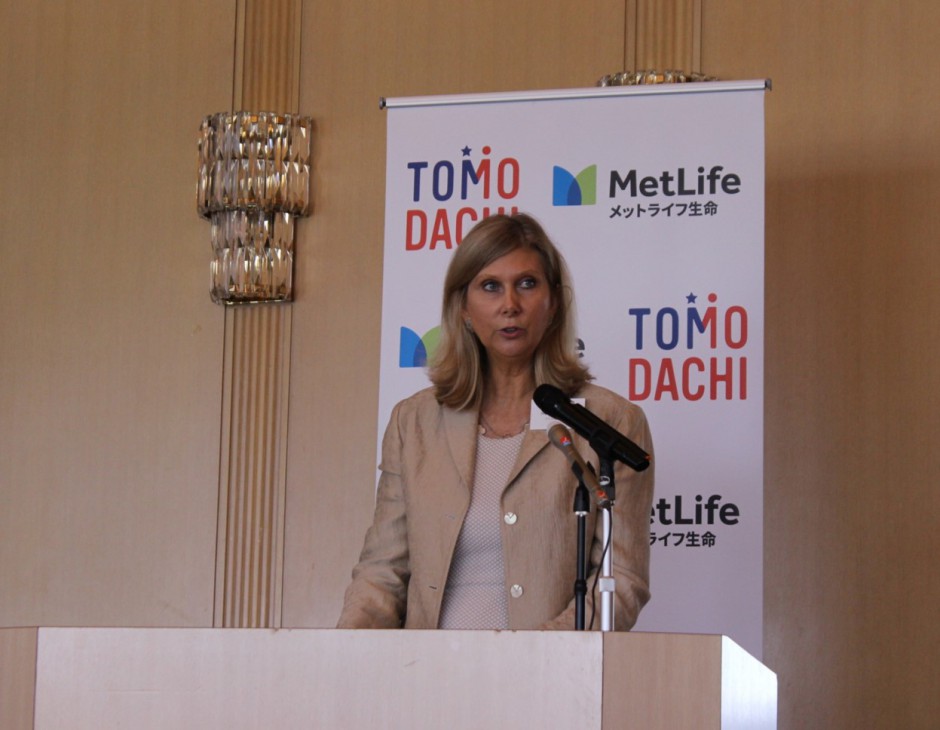 The 100 women participants underwent an interactive leadership workshop led by Lumina Learning. U.S. Embassy Tokyo Minister Counselor for Public Affairs Margot Carrington congratulated participants on completing the program and shared words of advice. She highlighted the importance of self-awareness and emotional intelligence. Three student groups then delivered presentations defining leadership and shared their own ideas of how to support female leaders in diverse fields. 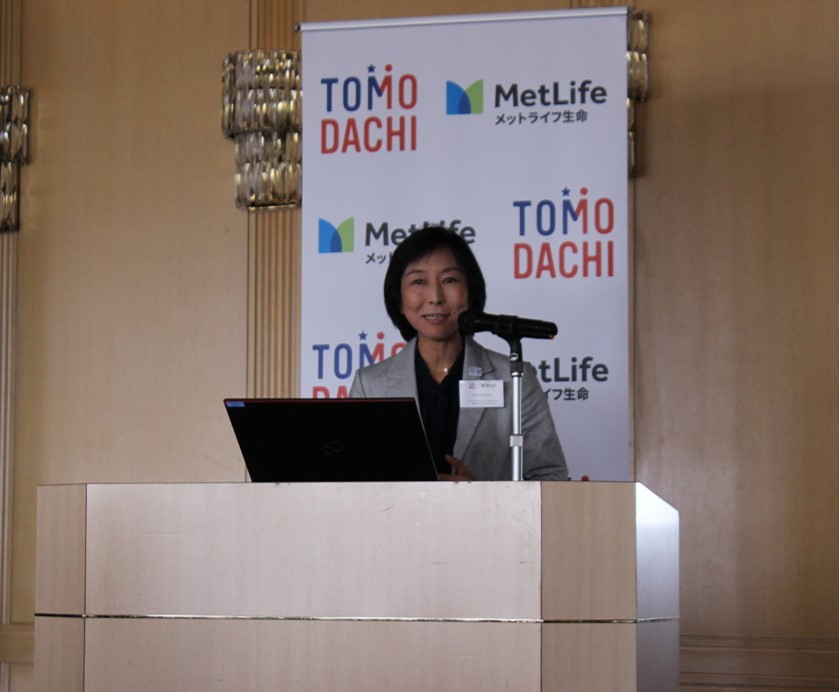 In inspirational presentations by Hikariko Ono and Maco Yoshioka, there was a shared theme stressing the importance of understanding one’s own goals and pursuing one’s own path. Hikariko Ono reflected on her own career struggles as a woman, and told the audience, “You can be a career woman and you can be a mother … or you can stay single. The point is, the choice is yours.” Maco Yoshioka described how her business addresses the physical and psychological stress that mothers, so far underserved in Japan, undergo post-partum. In sharing her experience starting a business after the birth of her child, she encouraged the women in the audience to not be afraid of doing something that no one has done before.

The panel discussion brought deep insight as well as humor to the subject of mentorship. Kathy Matsui and Christina Ahmadjian encouraged women to be assertive in asking for input from role models. They advised participants to establish give-and-take mentor-mentee relationships, in which both sides learn from each other. 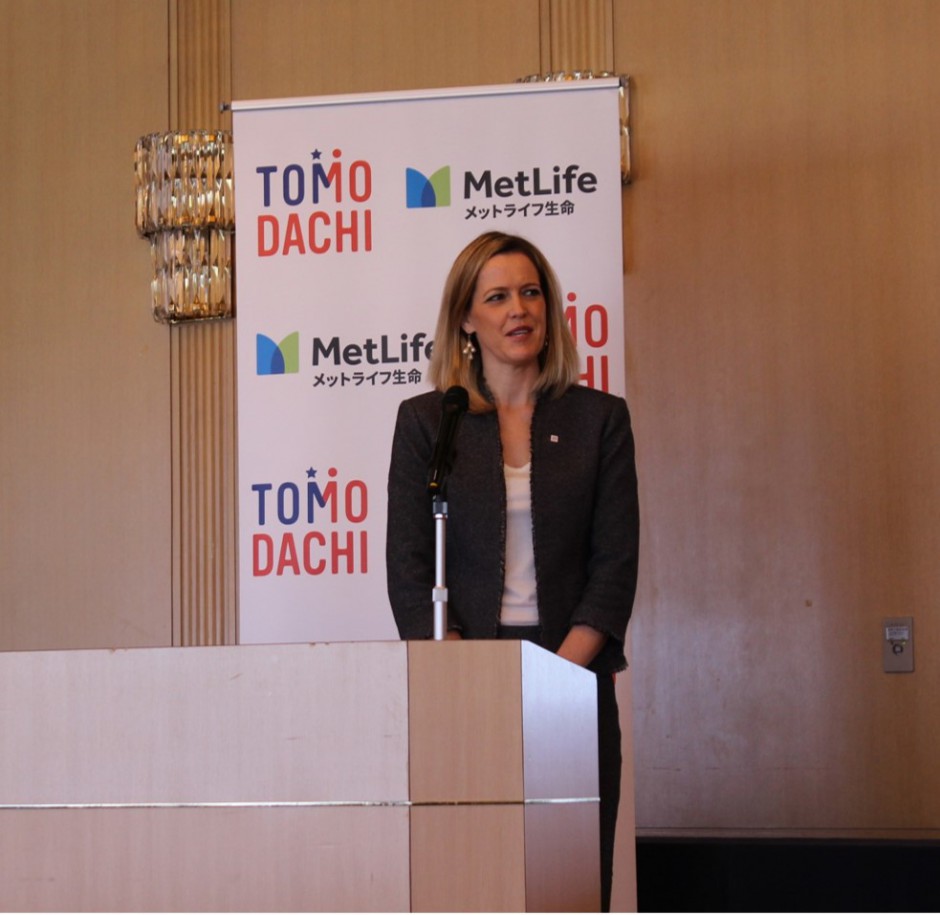 Osaka mentee Chihiro Ban shared that not only did she benefit from engaging with inspirational mentors, she also said, “what makes this program great is that I am able to connect with many enthusiastic young women who aim high for their future like me.”

Ban’s Mentor Tomoko Tagami shared her experience saying, “this program turned out to be more than what I expected. There are a lot of things you cannot know at the time of applying to this program. I hope that more female professionals will join this program in the future to help guide younger generations.” 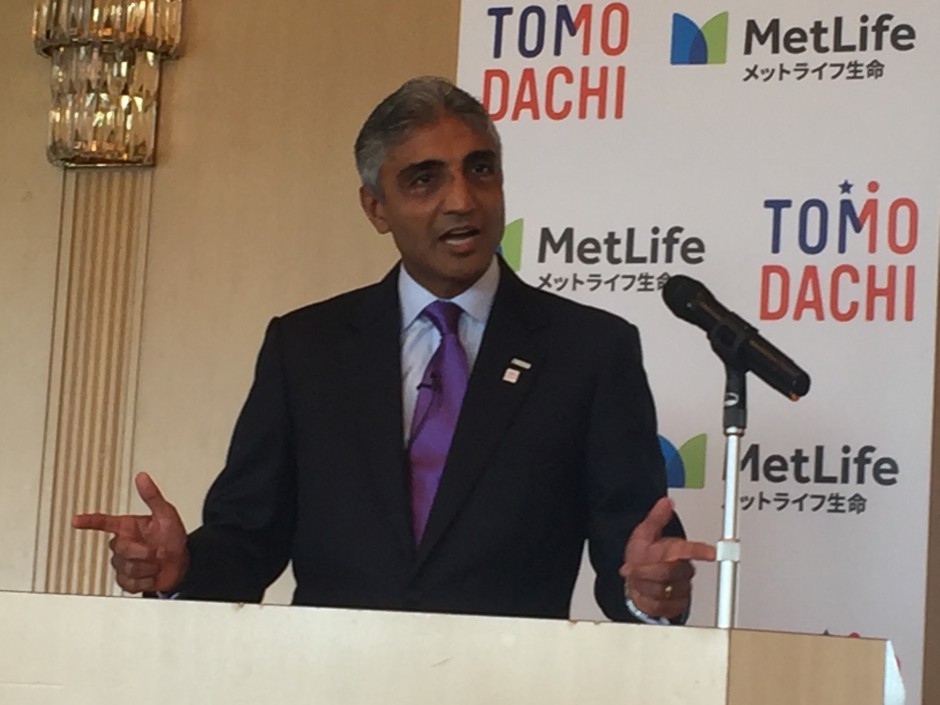 President and CEO of MetLife Japan Sachin N. Shah concluded the conference with a moving speech about the accomplished women in his family, including his daughter who recently joined the workforce. He shared his three most important pieces of advice: “take control, aim high, and just do it.” Since 2013, MetLife’s generous support for this program has had a remarkable impact on the future women leaders of Japan.

We are excited to announce that recruitment for mentees and mentors is now open for the 2017-2018 TOMODACHI MetLife Women’s Leadership Program.

May 31, 2017
ABOUT US
PROGRAMS & ACTIVITIES
NEWS & MEDIA
GET INVOLVED
CONTACT US