TOMODACHI Alumna Attends a Round Table Hosted by the U.S. Embassy in Tokyo 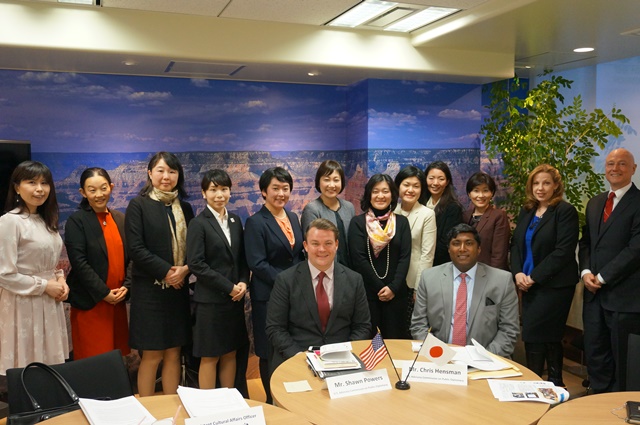 Mikiko Iwago, alumni of the TOMODACHI MetLife Women’s Leadership Program and more recently of the TOMODACHI-STEM @ Rice University Program, took part in the discussions as the TOMODACHI Alumni Representative at the table. She shared her experiences on the two TOMODACHI programs, and how upon returning to Japan, instilled with the confidence and awareness of seeing Japan from an objective standpoint, the experience has inspired her to create further opportunities for rikejo, females interested in the fields of STEM. She has recently begun production of a brochure she calls .cpeg that has received funding by her university to pursue further understanding and create a stronger network for the rikejo. 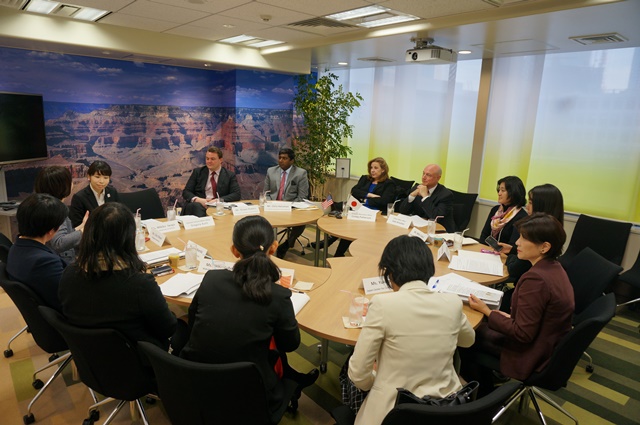 The discussion centered around the impact of these international study tours, and some of the challenges that Japanese youth face; one of them being the accessibility of these programs in terms of the language fluency. Mikiko shared her opinions on this topic highlighting the importance of “encouraging students to take up more of these opportunities” adding that it would add to a population with greater understanding and self-awareness in order to change the world for the better.

Mikiko also commented on the energy of the room that the “participants were full of energy and their attitudes towards their personal goals were so inspiring. [It] renewed my determination to contribute to the future that the TOMODACHI Generation [will] build.” 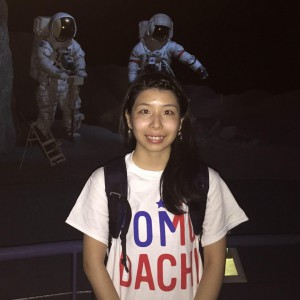 Mikiko Iwago is a student at Tokyo University of Science studying mechanical engineering. Mikiko joined the TOMODACHI Generation in 2014 when she participated in the TOMODACHI MetLife Women’s Leadership Program where she learned about the importance of mentorship that has inspired her to pursue further opportunities related to women’s empowerment in Japan. Mikiko also took part in the TOMODACHI-STEM @ Rice University Program where she learned a numerical simulation method which she wanted to apply to her research from Professor Tezduyar Tayfun at Rice University who is an authority of the method. Mikiko’s participation in the STEM Program triggered a new exchange program between her laboratory and the laboratory at Rice Univesity, opening up a path for a new program for Japanese high school students. She will be graduating in March 2018.

Feb 28, 2017
ABOUT US
PROGRAMS & ACTIVITIES
NEWS & MEDIA
GET INVOLVED
CONTACT US