During the program, the students experienced American tradition and culture by meeting local students, having exchanges with the U.S. military, participating in volunteer activities and a homestay opportunity. As a highlight of the program, the students participated in the historic Rose Parade sponsored by American Honda Motor Co. by performing an original musical piece during the iconic American New Year’s tradition. In addition, the high school students had an opportunity to decorate the float which was exhibited by American Honda for the Rose parade. The float was created with designs that incorporated the phoenix and Japanese crane, depicting the images of “eternity” and “peace”. The students helped to decorate this float, which integrated U.S. and Japan cultural concepts with “peace” as the underlying theme.

Created by the TOMODACHI Initiative and Honda to develop and deepen exchanges among the next generation of leaders of the United States and Japan, the “TOMODACHI Honda Cultural Exchange Program” invites students from areas affected by the Earthquake who are engaged in music to visit Los Angeles, California. The program provides opportunities for the students to experience American traditions and culture through music, which is a universal language. This 3-year partnership has provided total of 60 high school students with a way to promote mutual understanding between Japan and the United States, a chance to establish friendships and relationships, and a means for expressing gratitude for the support offered by Americans for the recovery of the Tohoku region. 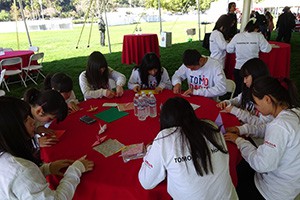 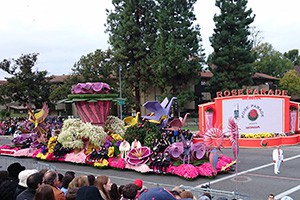 Jan 13, 2017
ABOUT US
PROGRAMS & ACTIVITIES
NEWS & MEDIA
GET INVOLVED
CONTACT US