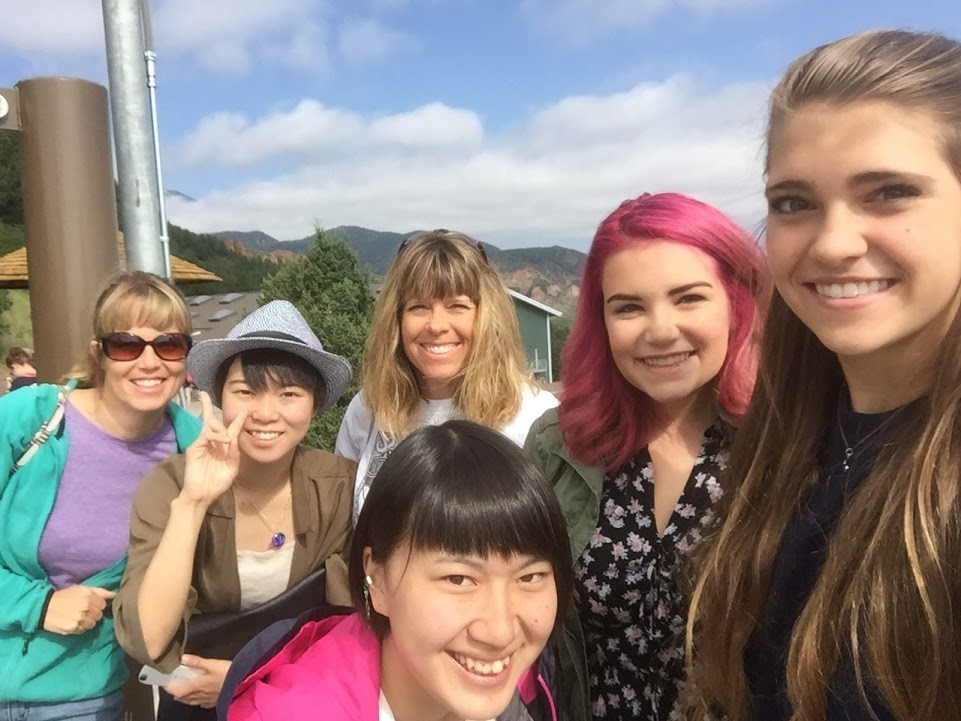 On August 18, 2016, a group of eight high school students and two chaperones from Fujiyoshida in Yamanashi prefecture flew to meet their eagerly awaiting host families in Colorado Springs, Colorado to start a six-night home stay and cultural exchange. This was the first time that the Japanese students stepped-foot in the United States, and it was also the first time that all but one of the host families had encountered the Japanese language, culture, and customs. 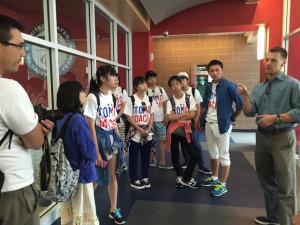 This program was developed based on the 54 year sister-city relationship Fujiyoshida and Colorado Springs have enjoyed. The Japanese students visited many places and met many of the people that have contributed to this important relationship including Mayor John Suthers, City Council President Merv Bennett, Colorado College Professor Joan Ericson, and longtime Japan-America leader and author – Paul Maruyama. Additionally, with the upcoming Tokyo Olympics, special focus was devoted to learning more about the Olympic Movement and how important it is to the citizens of Colorado Springs.

During the program, the students were warmly welcomed and entertained with two large receptions, spent a day ‘shadowing’ their partner student at local schools, visited the iconic sites of Colorado Springs, and explored other parts of Colorado with their host families. Host family activities ranged from white water rafting, traveling to downtown Denver, and going to a high school football game and dance.

“The culture of freedom and self-expression makes American students more confident – which makes American high school students seem like adults.  I’m surprised how at ease they are when they speak to adults,” commented Yuri Arai, a participant of the program, after visiting a local high school. 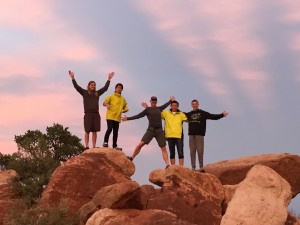 Evan Martin, an American high school student who interacted with one of the participants, said “Kohei and I had a great time.  He is such a cool kid and I really enjoyed learning about his school, his lifestyle, and about Japan in general.  It was hard to communicate at first – but, we soon became much more comfortable talking to each other.  I knew very little about Japan before he arrived; now I feel like I know a lot.  And, I am very, very interested in learning more.  We keep in contact with the LINE app and I love receiving pictures and texts from him.  It’s so great to have a Japanese friend! “

Although initially awkward, the communication between the participants and host families soon gave way to a special bonding process that grew and intensified throughout the week long visit.  When the time to say goodbye arrived, there were many tears and promises to stay in-touch and spoke volumes about his unique and powerful program.

This grassroots exchange program was implemented by the Japan America Society of Southern Colorado (JASSC) and the Fujiyoshida International Friendship Association (FIFA).

Sep 28, 2016
ABOUT US
PROGRAMS & ACTIVITIES
NEWS & MEDIA
GET INVOLVED
CONTACT US