The Next Generation of U.S. and Japan Leaders Gather for the First “TOMODACHI Generation Summit” 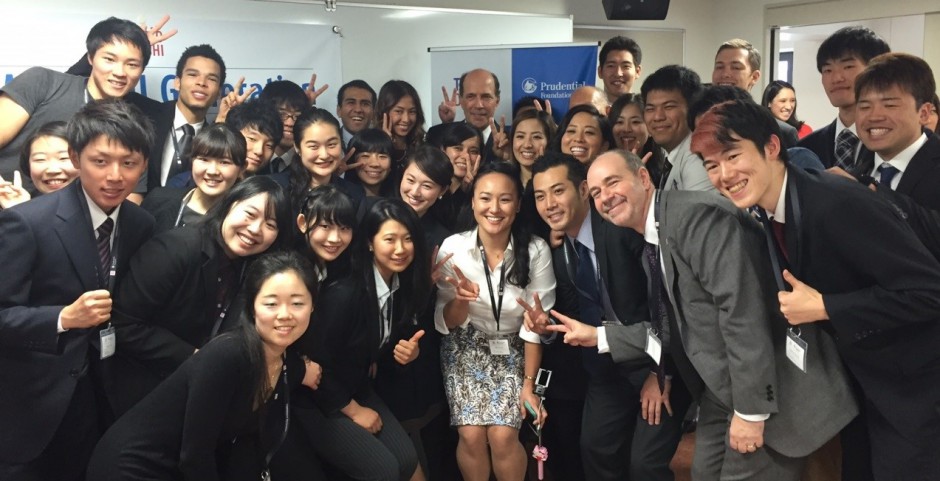 The first ever TOMODACHI Generation Summit was launched at Sophia University in Tokyo on November 8, 2015. This inaugural summit brought together approximately 140 university students and young professionals from the United States and Japan who are alumni of various TOMODACHI programs, including cultural exchange, homestay, and leadership programs. 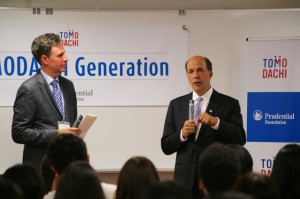 The Summit commenced with a keynote plenary session by former U.S. Ambassador to Japan John Roos. He discussed the origin of the TOMODACHI Initiative and his vision of investing in the next generation of leaders in Japan and the United States.  His session was followed by three presentations by TOMODACHI alumni on their experiences on their TOMODACHI program and the projects they are working on. Ms. Sachiho Tani was the first alumna to speak about the impact the TOMODACHI program had on her life and explained her involvement with Model United Nations in Japan. 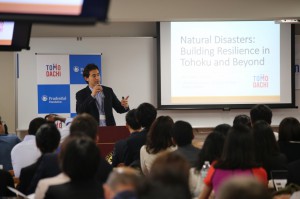 Mr. Robin Lewis explained his work with Peace Boat and the new skills he learned and contacts he made through the Humanitarian Response Workshop on the TOMODACHI NPO Leadership Program supported by J.P. Morgan. He also announced a TOMODACHI alumni program that will be launched on January 30-31, 2016. This two-day TOMODACHI Disaster Resilience Leadership Training Program will have two parts, focusing on Pyschological First Aid and Disaster Relief Volunteer Training.

Finally, Ms. Megumi Takahashi spoke about her experience participating in the TOMODACHI ADA25 Lead On! Program this past summer, and her involvement with the Elimination of Discrimination for People with Disabilities Law that will become effective in April 2016 in Japan.

After the alumni presentations, the TOMODACHI alumni participated in a regional roundtable discussion in which the alumni divided into regional groups and shared their experiences and passions, identified potential opportunities to address social challenges within regions across Japan, and provided solutions and project ideas for possible future implementation.

In the afternoon following the working lunch, the TOMODACHI alumni went to their pre-registered, respective workshops. The following nine hands-on skills building workshops were offered to the participants:

During the Closing Plenary, Dr. Emily Murase provided a networking workshop titled, “Welcome to the Discomfort Zone” and provided practical tips on successful ways of networking at an event. 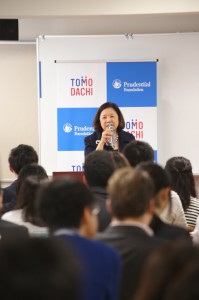 Prior to the Summit reception, U.S. Department of State for Educational and Cultural Affairs Assistant Secretary Evan Ryan made an appearance and met with five TOMODACHI alumni for an intimate roundtable discussion. The alumni discussed their various TOMODACHI programs, the impact that the programs had on their lives, and their current projects and activities.

The Summit concluded with a reception that brought together TOMODACHI alumni, corporate donors and partners, and Japanese-American leaders from the U.S.-Japan Council who attended the U.S.-Japan Council Annual Conference the following day. U.S.-Japan Council President Irene Hirano Inouye gave opening remarks, followed by Assistant Secretary Evan Ryan, and Lata Reddy from The Prudential Foundation. TOMODACHI alumni had an opportunity to network with various guests and colleagues, both in English and Japanese, while strengthening their identity as being part of the TOMODACHI generation. Throughout the reception, the Young Americans, a group of performing arts students from the United States, performed several songs as they energized and invigorating a total of 220 alumni and guests. 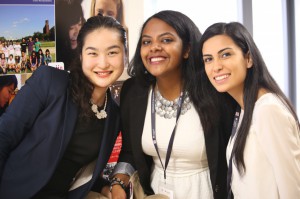 This TOMODACHI Generation Summit was made possible by the generous support of The Prudential Foundation, which sponsors the TOMODACHI Alumni Leadership Program. Special thanks to Delta Airlines for contributing complimentary flights to several of the American participants.

I was inspired by many TOMODACHI alumni and leaders of America when I participated in the TOMODACHI Summit. I would like to participate in more events of TOMODACHI. Thank you for giving me such an opportunity.”

“I am very grateful for having such a great opportunity. I was very nervous at the time giving out my speech, but I would love to speak up with my own voice having thinking what matters. I have got many TOMODACHI at the Summit. It was wonderful time and experience. I am very glad that I was able to participate.”

Nov 20, 2015
ABOUT US
PROGRAMS & ACTIVITIES
NEWS & MEDIA
GET INVOLVED
CONTACT US