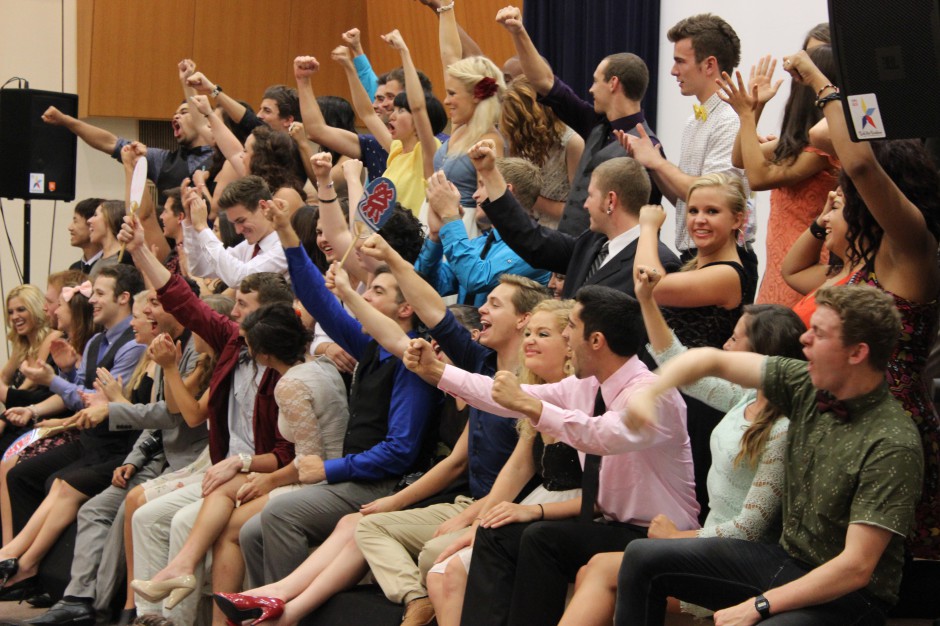 “Ladies and Gentlemen, please welcome the Young Americans!!” The doors flung open as fifty cast members with beaming smiles came into the room waving to the gathering crowds. The room at the Olympic Center next to Yoyogi Park erupted with high energy as kids and adults alike smiled and waved with cameras clicking at these cast members – known as the Young Americans – who kicked off the night’s celebration on September 9, 2013. 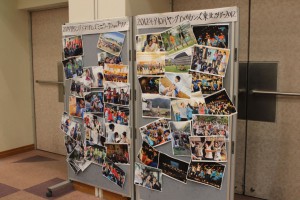 The Young Americans, implemented in Japan by the Jibun Mirai Club, kicked off two tours supported by the TOMODACHI Initiative: the Young Americans Tohoku Tour 2013 supported by Toyota Motor Corporation, Mitsubishi Corporation, and Hitachi Ltd., and the TOMODACHI Young Americans Mini Workshop Tour supported by Goldman Sachs.
The Young Americans Tohoku Tour 2013 will send these cast members – college students and recent graduates – from the United States on a two-month tour of Iwate, Miyagi, and Fukushima Prefectures to head up musical theatre workshops with elementary school students in areas that were affected by the Great East Japan Earthquake.  Occurring at the same time, the TOMODACHI Young Americans Mini Workshop Tour will hold three-hour musical theatre workshops in more than 35 elementary and middle schools in Fukushima, Miyagi, and Iwate Prefectures. Implemented by Jibun Mirai Club, the programs bring Japanese and American youth together to practice American-style singing and dancing to promote self-expression through the power of musical theatre.
Several speakers addressed the crowd including supporters Goldman Sachs Japan Board Member Haruko Watanuki, TOMODACHI Initiative Representative Kaoru Utada, and Director of the Ministry of Education, Culture, Sports, Science and Technology Haruki Ozaki.  They emphasized the importance of these tours to the Tohoku region and the need for revitalization and energy in the disaster-stricken areas.  The Young Americans would carry these hopes and dreams to heal the hearts of those up north. 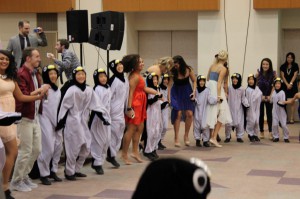 This is the third Tohoku Tour that sends these Young Americans to the Tohoku region.  A representative from the Educational Board of Iwaki City gave an emotional testimonial on how the lives and viewpoints of the children changed in a positive light after the Young Americans came to teach the students how to express themselves through the power of musical theatre.
The event concluded with a beautiful medley performed by the Young Americans cast members sung in a mix of English and Japanese.
Sep 12, 2013
ABOUT US
PROGRAMS & ACTIVITIES
NEWS & MEDIA
GET INVOLVED
CONTACT US