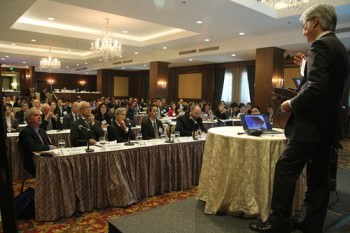 The TOMODACHI Tohoku Challenge (TTC) was an innovative new business competition to recognize entrepreneurship in the disaster-affected regions of Japan. The project was led by members of the U.S.-Japan Council (USJC), a network of Japanese American leaders engaged in strengthening U.S.-Japan relations, in partnership with the TOMODACHI Initiative.

The purpose of the competition was to recognize entrepreneurs and innovation, and enhance people-to-people connections between the U.S. and Japan by leveraging USJC’s unique bilateral professional network. The TTC sought to identify a venture business that will bring innovation and employment to the Tohoku region of Japan and accelerate the rebuilding of the area. TTC winners were provided recognition, funding opportunities and exclusive advisory services by the U.S.-Japan Council Entrepreneur Leadership Advisory Board (UE-LAB), comprised of leading entrepreneurs, business leaders and venture capitalists in Japan and the United States.

The three finalists presented during a special session at the 2012 U.S.-Japan Council Annual Conference and the winner was announced during the luncheon. The three finalists’ projects each support one of the three hardest-hit prefectures in the Tohoku region.

The top ten business plans received introductions to known venture capitalists and potential funders. The top three finalists received expense paid trips to Seattle, WA to present their business plans to the UE-LAB, which selected a champion. The winner received recognition and assistance from the UE-LAB, including additional funding introductions and access to consultants with expertise in operations, finance, and business development.