What is BLM? TOMODACHI Critical Conversations Series Offers an Opportunity to Learn from the BLM Tokyo Co-Founder for 50 Participants 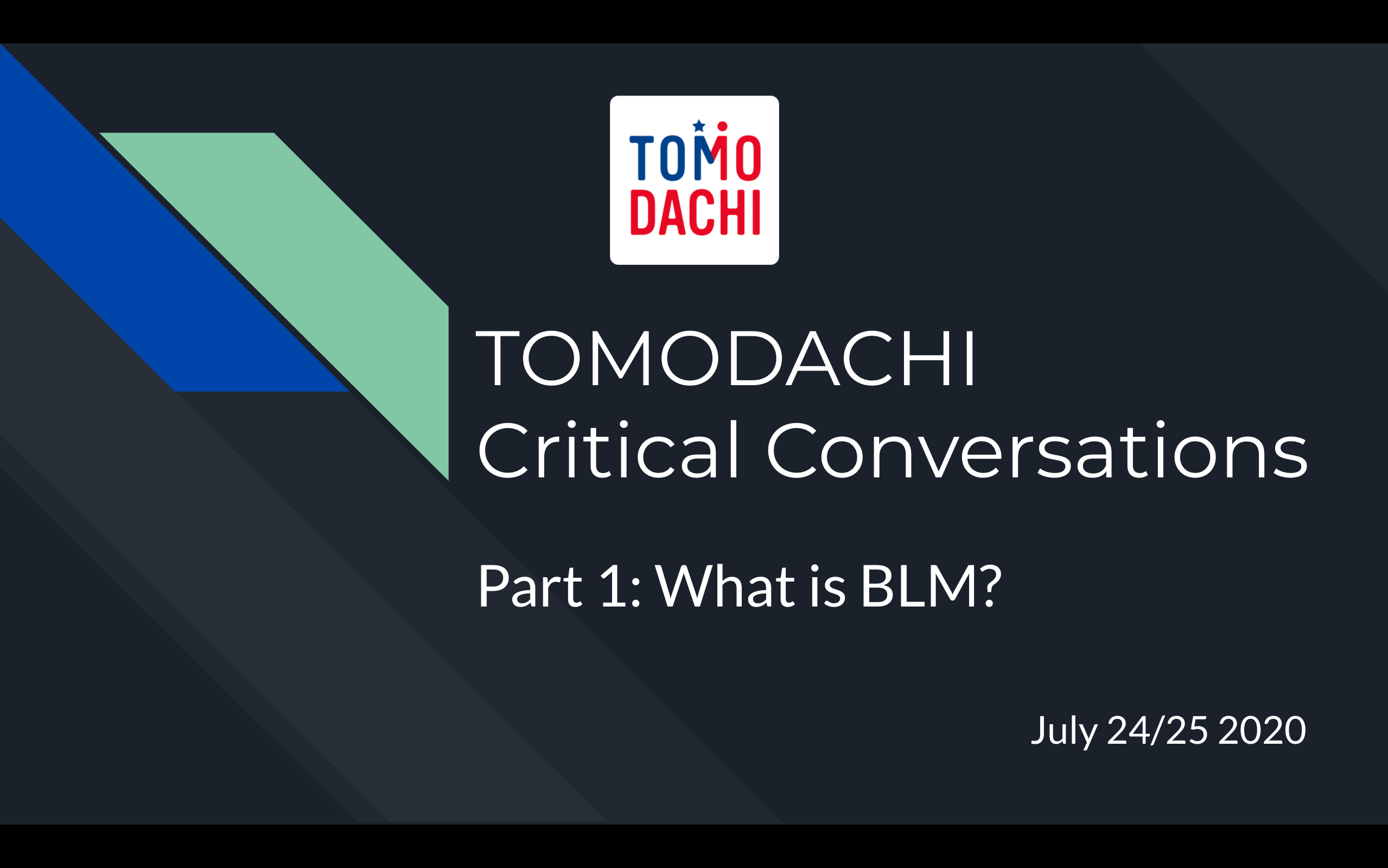 On July 25, 2020, the first of the three-part TOMODACHI Critical Conversations Series titled “Part 1: What is BLM?” was held, with a goal of facilitating peer-to-peer learning opportunities for youth in Japan and the United States on the widespread international impact of the #BlackLivesMatter movement and subsequent protests of support in Japan. The event took place online and was attended by 50 participants from both the United States and Japan to share their experiences in a safe space, continue learning from one another, and educate themselves on these important issues. The majority of the Japanese participants had studied abroad or spent at least two weeks in the States. They were split into eight discussion groups, led in English and Japanese by facilitators from the USJC U40 community committed to the ideals of diversity, inclusion, and awareness through education and dialogue. 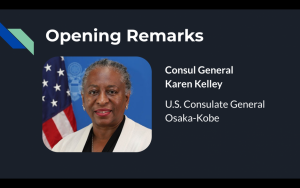 The event began with welcome remarks by Suzanne Basalla, President and CEO of the U.S.-Japan Council, who introduced her former colleague from the U.S. Embassy in Tokyo Consul General Karen Kelley.

Consul General Kelley, who is the first African-American woman to hold the position of Consul General at the U.S. Consulate General of Osaka-Kobe, acknowledged the widespread sense of surprise and disappointment felt amongst the younger generation. She recognized that the United States “is a country that people in Japan have admired because of the ideals of freedom and equality and liberty.”

“America, we hold you to your ideals,” she continued. “People around the world are saying, ‘We want the America represented by the Statue of Liberty and not this America that we see currently as being oppressive to any group of people.'” This sentiment was echoed in the Fireside Chat with BLM Tokyo Co-Founder and Organizer Juniper Alexander moderated by TOMODACHI Alumnus Iain Mason. Mr. Mason addressed the issues of why this Black Lives Matter protest feels different, how it’s become a global movement, and why it’s important in Japan. Ms. Alexander shared how the BLM protests in Tokyo began to show solidarity for the movement in the U.S. and how it was amazing to see so many diverse groups of people standing up for this cause in Japan. Toward the end of this program, the participants were given resources to continue their education on this topic beyond this discussion; from the survey, over 75% of attendees said their idea of the BLM movement evolved as a result of this program.

The following comments were received from participants:

Felix Garcia: “[This movement] can serve as a model for marginalized groups in Japan like the Buraku, Ainu, the Ryukyu people, the Zainichi as well, and the women’s movement in Japan. It’s important to highlight that it’s important for everyone.”

Eiko Megan Uchida: “[The event was] very helpful in re-educating myself on the background of the BLM movement, and the insights of speakers have made this issue much more personal to me. I think this kind of platform is exactly what we need to deepen our understanding.”
Kota Kondo: “We’ve never been taught racism in Japan seriously, and we have never
questioned what we’ve been taught. Changing education would be really tough but now I know that is the goal for the BLM movement in Japan.”

Anonymous (from survey): “I appreciate being given such an opportunity. Although most people I met for the first time, I was able to feel safe and comfortable in speaking up since there was a mood to “accept” each other. By participating today, I realized that I need to know more about BLM. I have seen this issue only on the news but from now on I want to take actions to educate myself. I would like to join the next event as well.”

Aug 27, 2020
ABOUT US
PROGRAMS & ACTIVITIES
NEWS & MEDIA
GET INVOLVED
CONTACT US