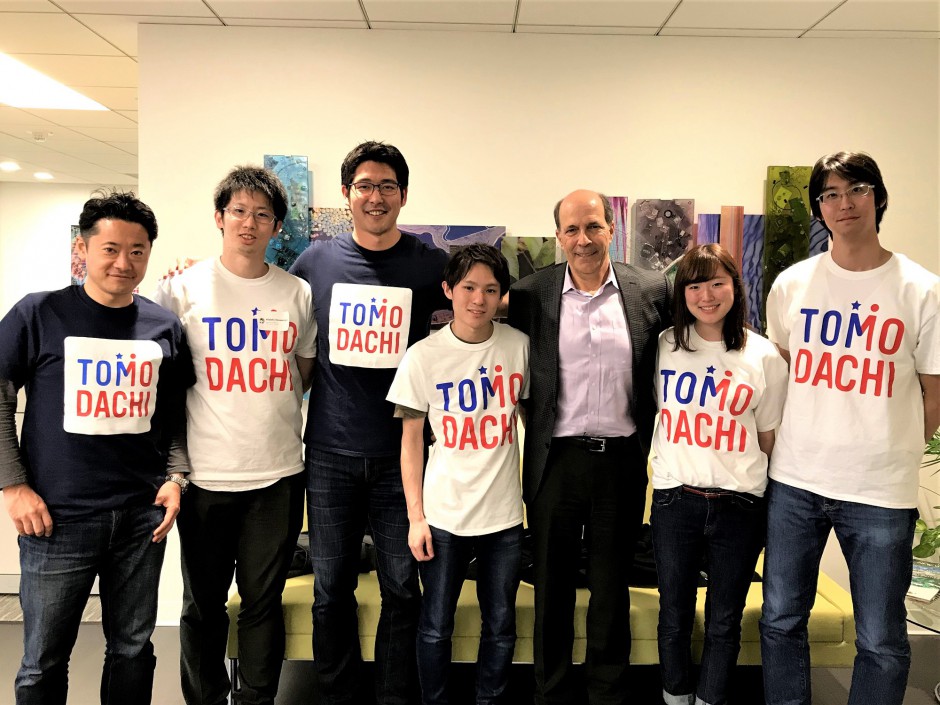 From March 17 to 20, the three winning teams of the TOMODACHI Social Entrepreneurship Award at the Campus Venture Grand Prix Competition, Datack, L-Hub, and Ecommons, traveled to Silicon Valley for a study tour.

The tour aimed to improve the plans of these top student startups in Japan by coordinating pitch meetings with founders and investors in Silicon Valley. The students, many of whom had never been to America, were required to prepare a 5-minute pitch in English and field questions at each meeting. While some teams initially struggled with this new challenge, by the end of the trip, each team was able to confidently pitch their business in English at a moment’s notice.

During the three-day tour, the students had an intensive itinerary that consisted of pitch meetings, dinner engagements, and local meetups where they networked and discussed their startups. One of those dinners was hosted by Bay Area alumni of the TOMODACHI Emerging Leaders (ELP) Program. At the private dinner coordinated by ELP members, the students found a community of highly accomplished yet warm-hearted big brothers and sisters ready to help them navigate the challenges of Silicon Valley. 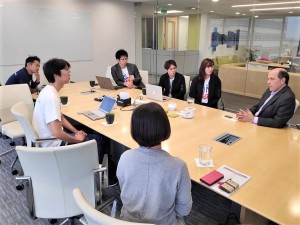 One of the highlights of the trip was a private mentoring session with former U.S. Ambassador John Roos.

The students were greeted enthusiastically by Ambassador Roos and heard about his continued passion for the TOMODACHI Initiative. One of the recurring themes of his advice was for each startup to begin with a big vision beyond Japan but start with a narrow focus of execution. During personalized coaching sessions, Ambassador Roos helped each startup understand how their current focus could be strategically expanded in the future.

At the end of the meeting, one of the students said that he was inspired to come back to Silicon Valley with a strong global startup in which Ambassador Roos’ firm, Geodesic Capital, would want to invest.

Having returned from their study tour, all of the students remain focused on advancing their startups, equipped with a bigger vision and greater clarity around how they must execute their plans in order to truly impact society.