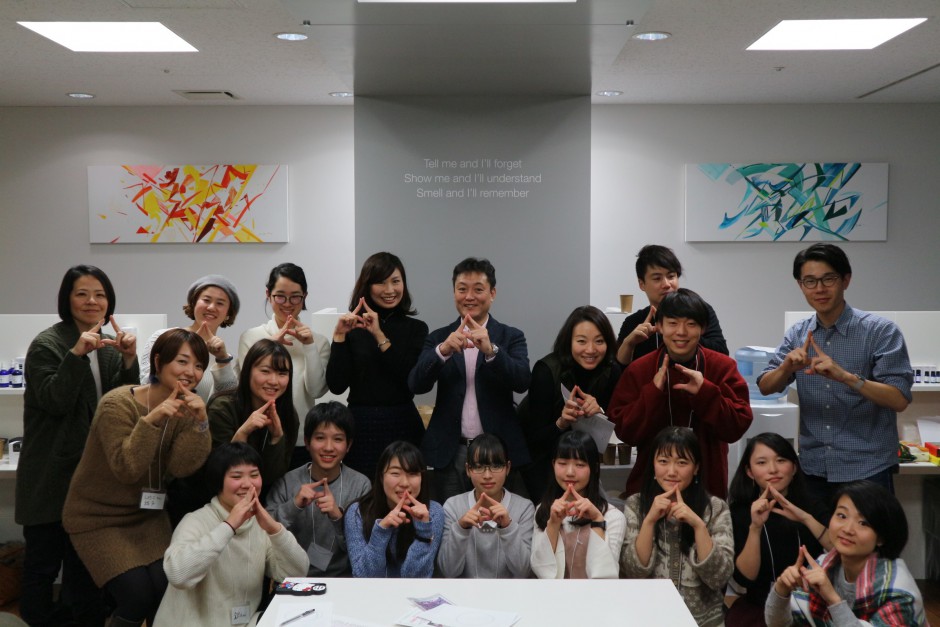 The second part of the TOMODACHI KaoLINK Fukushima Rebranding Program 2017-2018 took place at the Sumida Aquarium in Tokyo on December 10, 2017. The participants learned about the intricacies that go into the installation of scent into specific spaces and prepared scents and stories for the upcoming Nakayama Setsugekka Snow Festival taking place from February 16 – 17, 2018, in Shimogo Town, Fukushima Prefecture. This popular snow festival was launched in 2005 by local youth who wanted to bolster the community by creating a festival that would bring people to their town. Every year, the town welcomes over 2,000 people over the course of the festival. This year will be the first time scent will be introduced and installed into the festival, and the alumni spent the weekend creating the story and scent that will be installed at the event in February. 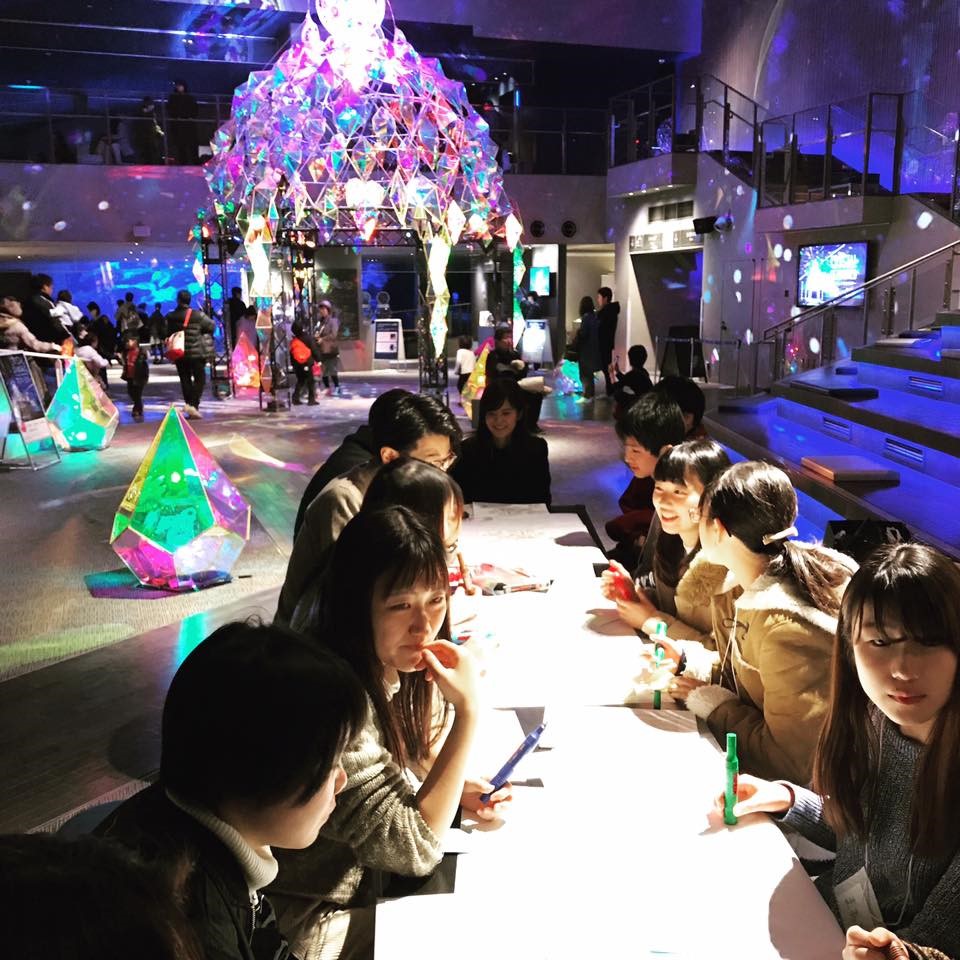 scents were utilized to create different impressions to the visitors. The participants noticed and felt changes in the atmosphere that each scent evoked. After learning that different scents can produce a wide variety of impressions, the participants discussed how to express the story with scents.

In the afternoon, Mr. Hiroyuki Taira, a perfumer, gave a lecture on scents at Air Aroma Japan’s showroom. The participants were able to experience different images, colors, and emotions brought about by each individual scent. From there, they selected one of the stories created by the alumni to feature for the Nakayama Setsugekka Snow Festival and matched the scents according to the emotions they felt. The scent will be made into a scented candle that will then be installed at the snow festival in February.

The last part of the session invited Mr. Yutaka Tanaka, President of ArtGreen Co., Ltd., to speak about his journey that led him to become president of his own flower company. He delivered the powerful message that as long as you keep trying, your dreams will come true.

Jan 29, 2018
ABOUT US
PROGRAMS & ACTIVITIES
NEWS & MEDIA
GET INVOLVED
CONTACT US