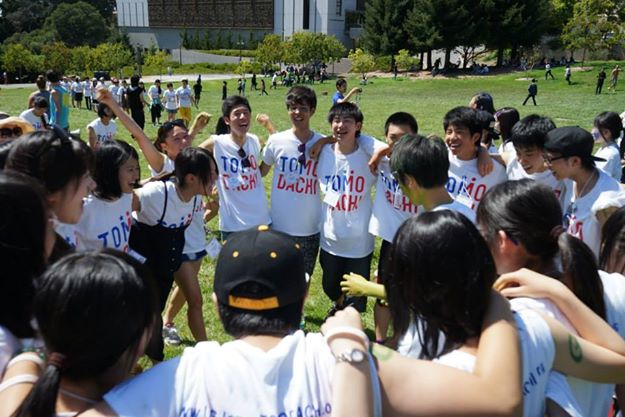 Another year has passed for the TOMODACHI Summer Softbank Leadership Program, adding an entirely new set of empowered students to the TOMODACHI Generation. Approximately 100 high school students and six adult allies from Iwate, Miyagi and Fukushima prefectures boarded the plane from California to return home on August 12th, after acquiring global leadership and community service skills. Funded by SoftBank and in collaboration with Ayusa and the University of California, Berkeley, this program enables students to learn about various aspects of global leadership through hands-on fieldwork, public presentation sessions, and visits to local companies and organizations. With a strong focus on making positive impact on their local communities, the students take part in the Y-PLAN (“Youth-Plan, Learn, Act, Now!”) over the course of three weeks. They also have the opportunity to deepen their understanding of American culture and society through homestays, volunteer activities and interaction with American students, and learn about different career options and aspirations through conversations with Japanese and Japanese-American citizens working in California. 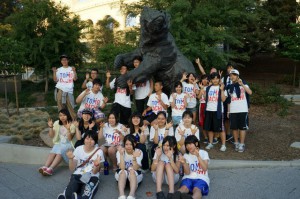 One key in gauging the success of this program come from the participants themselves and the strong sense of willingness to share their three weeks experience with their communities back home. During one of the field excursions, the Orange Team students had the opportunity to interview a group of residents from Oakland, California, whose lives revolved around cohousing. The Oakland residents exhibited their experience of sharing the same living space, and the importance of establishing a strong sense of communication within the community. Afterwards, many students said that they felt inspired, stating that, “Even after three years from the disaster, housing is still an issue back at home, which may stem from a weakened community. We were greatly moved by these residents’ perspective of a community, and are now excited to share these ideas to the residents back in Tohoku.” Emphasis was also put on listening to the students’ experiences from the Great East Japan Earthquake which happened in March 2011. During a meeting between staff and program alumni returning to California to help out for their second year, the now college-aged students claimed that, “We were sincerely touched by the program’s effort to gather the students for group conversations. The residential advisors gave us all time to speak from our hearts, talk about our worries, and share our own experiences from three years ago, which is not something that is commonly done back at home. We wish to become leaders and engage in similar activities when we return to our community.” 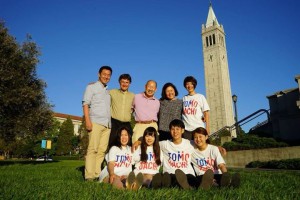 U.S.-Japan Council President Irene Hirano Inouye and Vice Senior President Kaz Maniwa joined the students mid-program in their dormitories. They were thrilled by the inquisitive, enthusiastic and engaged group of participants, and were impressed to hear from the alumni how this program has been a truly transformative experience. The former Ambassador of the United States, John V. Roos and U.S.-Japan Council member Dianne Fukami also gave remarks at the graduation ceremony.  Dianne Fukami summed up her experience as follows: “As I witnessed the high school participants give emotional goodbyes to their teachers, heard stories about how transformative the last three weeks have been for them, and talked to Ayusa program folks who related stories of the changes they’ve seen in the students, I was filled with pride at being a small part of this.” TOMODACHI hopes that this program will continue next year forward, welcoming yet more batches of inspired Tohoku students to the TOMODACHI Generation. 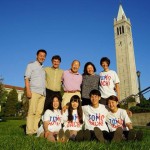 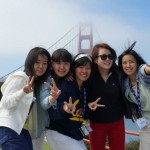 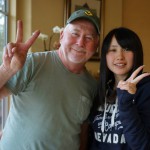 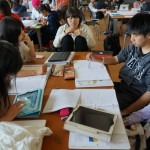 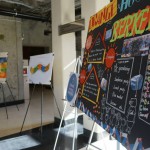 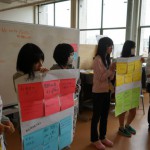 Aug 29, 2014
ABOUT US
PROGRAMS & ACTIVITIES
NEWS & MEDIA
GET INVOLVED
CONTACT US