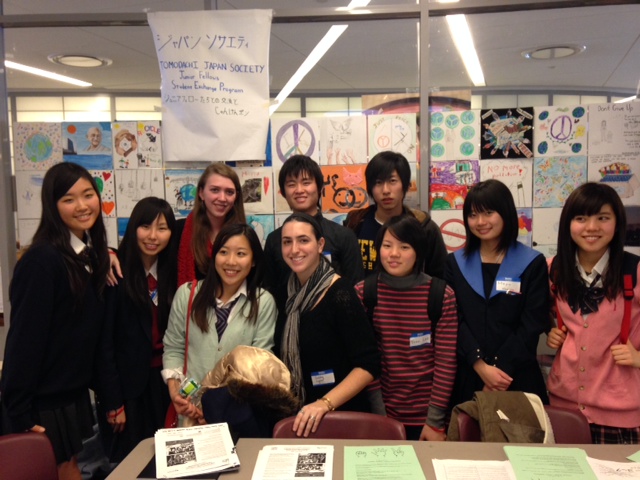 The presentations compared differences between American and Japanese homes, schools, hometowns, and superstitions. Hikaru Itou showed a video she made that featured American high school students talking about their daily lives and their perceptions of Japan. She reflected, “High school students in the U.S. and Japan have a lot in common. I used to have misperceptions or stereotypes [about] American people but what I’ve learned is that it is important to learn about each other more.”

Many of the Japanese participants discovered a lot about themselves through immersion in an American family and school. “I learned that the class [environment and structure] affects the students’ attitudes. I learned it is important to say my opinions clearly… I’m not sure what I want to do, but I’ve found something important here,” reflected Miki Saito. 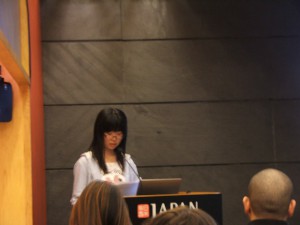 Presenting on American superstitions, Mayu Nomura observed the lengths American children went through to wish for snow – wearing pajamas inside out and backwards, putting a wooden spoon under the pillow, and putting an orange in the freezer.

Tatsuhiko Takahashi was inspired by the life story of John Manjiro and his role as the first ‘bridge’ between the United States and Japan.

American and Japanese participants remained in the city for a retreat that included dinners with U.S.-Japan Council Emerging Leaders Program participants Courtney Sato and Adam Moriwaki. They were also matched with leaders at a Leaders’ lunch hosted at the Japan Society. In attendance were U.S.-Japan Council members Fred H. Katayama and Dr. Jeanette Takamura.

The Japanese students returned to Japan on April 3, 2014. The American students will travel to Japan in July 2014.

Apr 22, 2014
ABOUT US
PROGRAMS & ACTIVITIES
NEWS & MEDIA
GET INVOLVED
CONTACT US